Archive for the ‘Best and worst cities for jobs’ Category 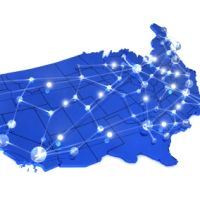 Location matters when buying a home (“Oh, a lake view!”) or accepting a job offer (“It’s just a 15-minute drive!”). If you don’t like the home with the lake view, you can drive a few blocks and look for a home with a park view. Or you can turn down the job with the 15-minute drive and find one near a train stop. But if you’re job searching, your location isn’t quite as flexible. You can’t say, “The local economy is a bit rough, so I’ll just pick up and move across the country.” You can, I suppose, but it takes a lot of time and money, two items job seekers can’t afford to waste.

Recently, the Bureau of Labor Statistics looked at the unemployment situation in metropolitan areas throughout the country for December 2010, the month with the most current data. Although the economy’s recovery is slow and steady, it is improving when compared to year-over-year data.

In December, the national unemployment rate was 9.1 percent. Yet, the rate in 109 metros was higher than 10 percent, a significant improvement from 140 metros in 2009. Fortunately, one number that did rise is the amount of metros with unemployment rates lower than the national average. In 2009, 66 metros had rates below 7 percent, but in 2010 that number climbed to 73 metros. It may seem like a small victory, but if you’re a job seeker in one of these states, it’s a welcome improvement.

Michigan boasts the most improvements
Michigan, a state that has seen some particularly rough jobless numbers over the past few years, experienced many of the best improvements from 2009 to 2010. According to the BLS, “The 10 largest year-over-year jobless rate decreases in December were reported in Michigan areas.” These cities all saw jobless decreases between 3.4 and 4.8 percent:

Who had the best years?
When it comes to who saw the biggest year-over-year increase in employment, each region of the country had some reason to boast. Two-hundred metros experienced improved employment, but these saw the most significant increases, ranging from 17,000 new workers to 57,500:

In terms of percentage, these metros saw the biggest improvements:

Who had the worst year?
Unfortunately, not every city had a strong year. These metros saw the largest decreases in employment:

Perhaps the most interesting point to be made about these cities is that Detroit saw a decrease in the number of workers, but in terms of the unemployment rate, it improved. Although there is no definitive way of knowing what is at play, long-term unemployed workers might have quit searching and no longer factor into the figure. Either way, the Detroit metro is an interesting area to watch.
And in terms of percentage, the cities with the largest December-to-December decreases were:

What you should do with this information
If you’re a job seeker, you might be wondering, “OK, so a lot of people are better off than they were a year ago, and some aren’t. So what?” Well, as a job seeker, you should always be aware of your local economy because it does affect your job search. Knowing what the employment situation is like where you live can help you understand why you’re not receiving an offer or inspire you to get more creative to stand out.

Another option that some job seekers will consider is relocation. We understand that it’s not for everyone.First, it’s expensive. Flying back and forth to interviewers, hiring movers or driving to your new city, and finding new place to livethey all cost money. Plus, leaving behind your family and friends isn’t always possible. However, if you have the means and desire to look beyond your current city, you will increase your chances of finding a job. In fact, some regions might be experiencing a shortage of workers in your industry, and you will be a sough-after applicant. You never really know what you’ll find by looking in another city.

———————————————————————–
You should be well equipped with these most in-demand I.T Certifications/Exams, Before searching any job, Visit http://www.ComputerTipsnTricks.com/ITcert.htm for Free Practice Exams, Free Study Material / Books etc.